The Pulsor VSTi synthesizer is the first offering from Maverick Synth. In keeping with the Maverick Ethos it is unique in almost all it’s aspects – from it’s revolutionary new synthesis engine to it’s intuitive modularity to it’s unique look and feel.

<< Back to The Pulsor page. 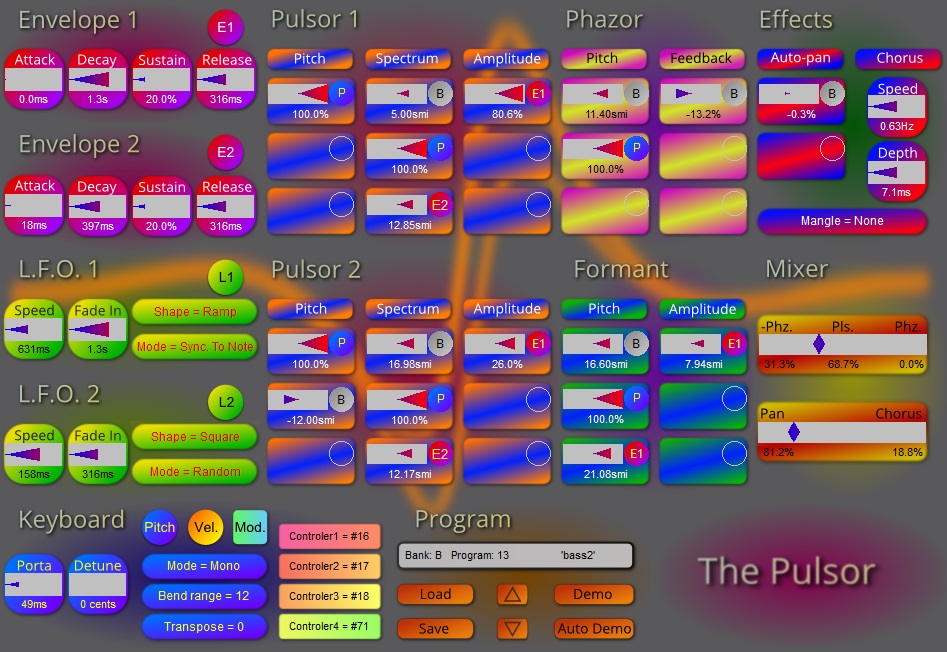 Not familiar with Pulsors and Phazors? The chances are that you won’t be since these are at the heart of a brand new synthesizer engine. Don’t worry about this for now, simply download The Pulsor, using the link above, and try it out.

Why should a software synthesizer have to look like a box with knobs and a display? The Pulsor replaces the knobs and display with mouse friendly, color coded, parameter editors. This approach gives The Pulsor its radical new look.

The Pulsor is designed so that every parameter is always visible in the editor window and is only a couple of clicks away from being edited. The Pulsor‘s user interface is specifically designed to not interrupt your creative flow. 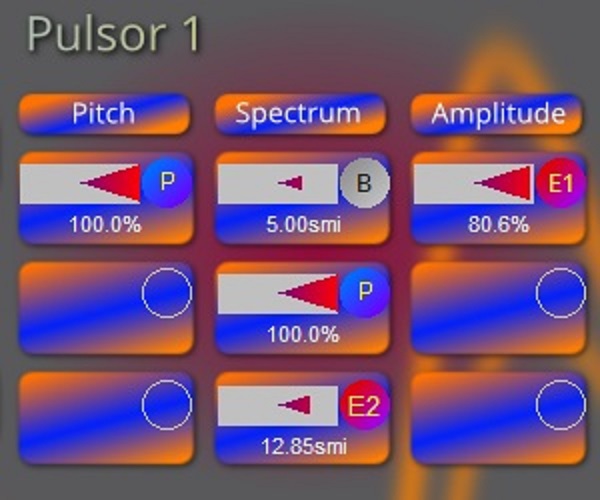 A pulsor is the basic sound generator of The Pulsor synthesizer. A pulsor has three parameters:

Each of these parameters can be controlled by up to three Modulators. These Modulators control how the sound changes over time.

Each Modulator can take its input from any of a number of sources. This makes very complex modulations possible.

The phazor actually consists of a short delay, the output of which can be fed back to the input. This causes it to ring at a certain frequency. The phazor delay time is very tightly controlled and is actually defined in terms of pitch. This pitch can be controlled dynamically by any modulation source.

The phazor can be used to subtlety alter the timbre of the sound, by reinforcing or canceling certain harmonics. Alternatively, it can be used to create radical ringing sounds. 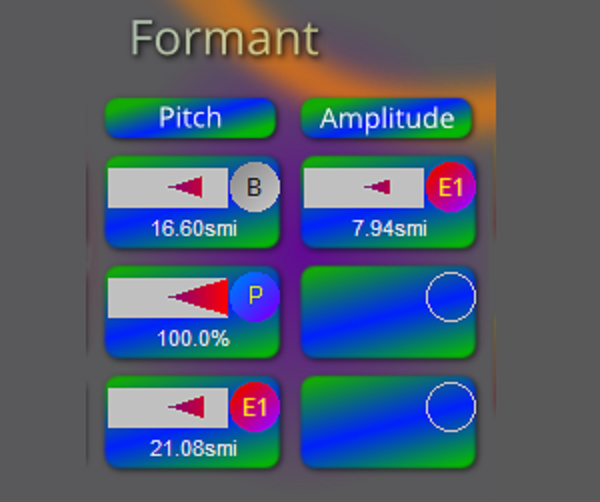 The formant generator selects a narrow band of the harmonic spectrum similar to those that give sung vowels their distinctive sound. 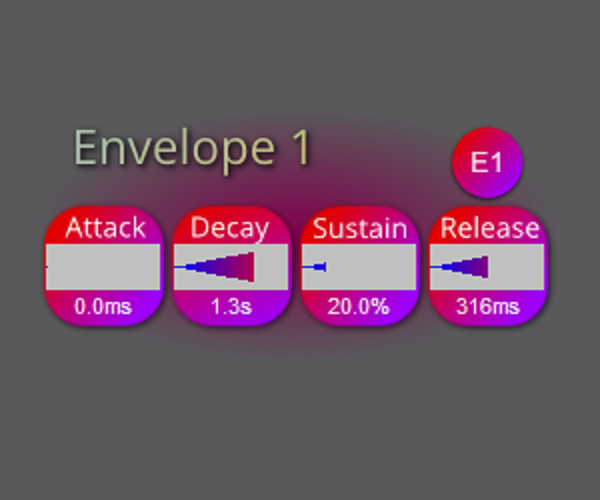 If the attack time of Envelope 1 is set to less than 20ms then the pulsor waveforms are reset to the start of their cycles whenever a new note is started. This allows for sharper attacks for percussive, piano or plucked type sounds. 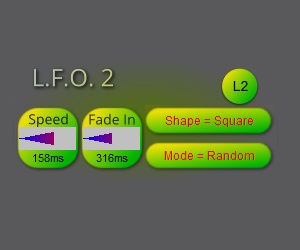 The two low frequency oscillators or L.F.O.s are fairly standard in operation. However they offer two novel features.

There is a continuously varying, semi random, “wander” waveform.

There are a comprehensive range of synchronization options available. 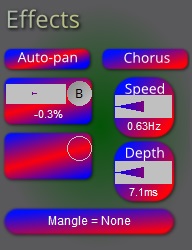 The Pulsor has three effects modules carefully chosen to specifically enhance its sounds:

Auto-Pan takes the mono output from the pulsors / phazor mix and places it, dynamically, in the stereo field. It does this using two modulators which allows the pan position to be controlled in a very sophisticated manner.

The Chorus effect uses a unique triple chorus algorithm for enhanced depth and richness of the chorusing while only requiring two simple controls to set it up.

The Mangler is so called because it ‘mangles’ the spectrum of the sound which causes coloration in certain frequency bands. This adds character to the sound in the same way that an instrument body characterizes the sound of the instrument. The Pulsor gives you a choice of twenty different types of mangler. 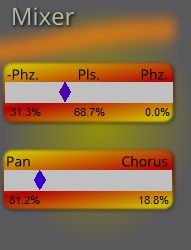 The mixer section consists of two cross-faders which actually do two quite separate mixing jobs.: 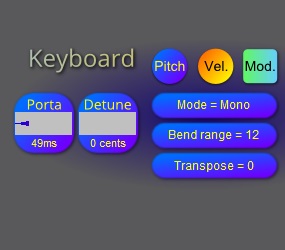 The Pulsor, like most VST plug-ins, is designed to be mostly controlled from a MIDI keyboard. The Keyboard section controls the MIDI keyboard’s interaction with The Pulsor.

At Maverick we strongly believe that electronic musical instruments are not necessarily keyboard instruments so the keyboard input is separated from the synthesis engine. This allows other input processing modules to be added in future.

The Keyboard controller allows the input to The Pulsor‘s sound engine, from the keyboard, to be closely tailored to the required playing characteristics. 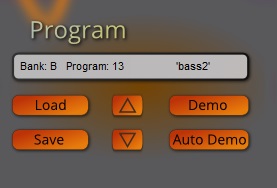 The Pulsor comes supplied with 128 pre-programmed sounds and 128 user editable sounds. Sounds can be coped to a different location to form the basis of a new sound and they can also be exported to a file.

The Pulsor has a powerful demo feature allows you to hear each supplied sound playing a short sequence of music appropriate to that sound. This gives you much more of a feeling for what the sound is like than just hitting a key on the keyboard and hearing it going beep!