How Analogue is “Analog” 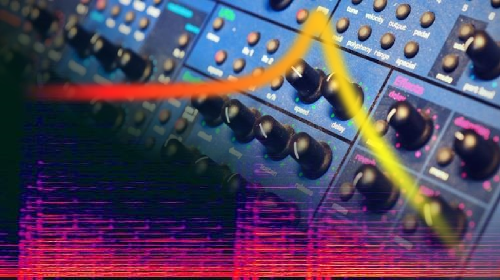 How Analogue is “Analog”

OK I admit it – I’m more than a little bit pedantic so I get a little annoyed when people start talking about “analog” synthesisers being better than digital synthesizers.

What is commonly known as “analog” synthesis is actually subtractive synthesis whether it’s implemented with transistors in an electronic circuit or as a computer algorithm.

How Digital is Digital?

After all, we think of sampling and frequency modulation (FM) as being digital technologies but the Mellotron was an analogue (magnetic tape based) sampling synthesizer and you could quite easily build an FM synthesizer using transistors.

OK, pedantry aside – does this matter? I believe it does because the perceived bias against “digital” synthesizers means that the majority of synthesizers available today are subtractive, “analog”, types. Unfortunately these all tend to make pretty much the same sounds.

I think that this bias has arisen for two reasons.

Either poor quality algorithms (for which there is no excuse) or digital noise caused by too low sample rate and / or two few bits. A result of lack of processing power.

Digital noise tends to be nasty, gritty signal related stuff which the human ear / brain finds particularly noticeable. In one product I worked on at Redsound, occasionally the D.S.P. was a fraction slow in calculating the next sample. As a result, the previously output sample was repeated. This tiny glitch stood out like a sore thumb every time it occurred.

Analogue audio designers have continually sought for linearity. If you design an amplifier with a gain of two you would expect for a 1.000V input to get 2.000V out. Similarly for a 2.000V input you’d expect to get 4.000V out.

Unfortunately semiconductors, around which the vast majority of electronics is based, are inherently non linear. This means that, despite the designers best efforts, if we put 1.000V into our hypothetical amplifier, it might give 2.012V out. Similarly for a 2.000V input it might output 3.985V.

Note that the filter in the Roland TB303 really non linear which gives it its very distinctive sound.

Ever since synthesizers first moved out of university research departments and became available to musicians, they have been subtractive “analog“types. This dominance has continued right up to the large number of software plugin synthesizers available today.

The only real competition has been from sample based synthesizers which for now we will not consider to be real synthesizers as they simply play back pre-recorded sounds.

I believe this is because the oscillator filter combination works in a similar manner to the human voice. You can instinctively imagine the synthesizer’s filter going wowwowwoww like your voice.

Also a good analog synthesizer can make some really great sounds but to my ears we’ve heard them all too many times over the last forty years.

So what are the alternatives?

The following table gives a very brief list of the main types of synthesizer produced over the years, an historical example and a modern example.

The merits of each of these will be discussed in more detail in the following blog articles in this series.

Also note that, with the exception of the Theremin, these are all played using a piano style keyboard!

Where Should Synthesis Go?

Here at Maverick, our aim is to try and revive electronic music. So how do we propose to do this? Well, if we want to work out where we should go it helps to take a look at where we’ve been. So first, I think, it would be useful to to do a quick history of electronic music technology.

The first part of this will be in the next post in this series which will cover the period up to 2000. Also see the accompanying blog series on the musical innovations that have gone hand in hand with the advances in technology. Starting with Is Dance Music Dead?