For much of this time, electronic musical instruments were only really of interest to music academics who tend to do their own thing so I’m going to ignore them.

Also electronic instruments, such as the Hammond organ, have been used by bands and in musical genres that you wouldn’t think of as being electronic. I’m doing to ignore them too.

For the sake of argument I will only consider music that contains some significant sound that is identifiably electronic – as opposed to a rock band with an organ.

So, where does that leave us… 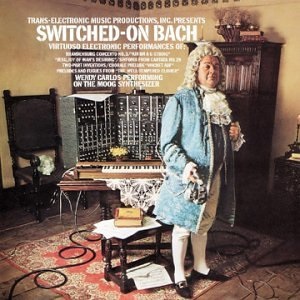 During the 1960s the first transistor based modular synthesizers became available which were small enough to fit into a recording studio and cheap enough for large studios and rock stars to afford. Though they were still out of reach of normal mortals.

Even then it took what is in effect a novelty record, Wendy (then Walter) Carlos’s “Switched on Bach”, to bring synthesizer music into the mainstream. Carlos used a Moog Modular to painstakingly record the Bach pieces, one note at a time, from the monophonic Moog onto an eight track tape recorder.

Bach was a good choice, on Carlos’s part, because of Bach’s extensive use of harpsichords and organs, which, like the Moog, are not velocity sensitive. Also Bach’s music is generally contrapuntal and which is ideally suited to recording a number of individual, monophonic, synthesizer lines. 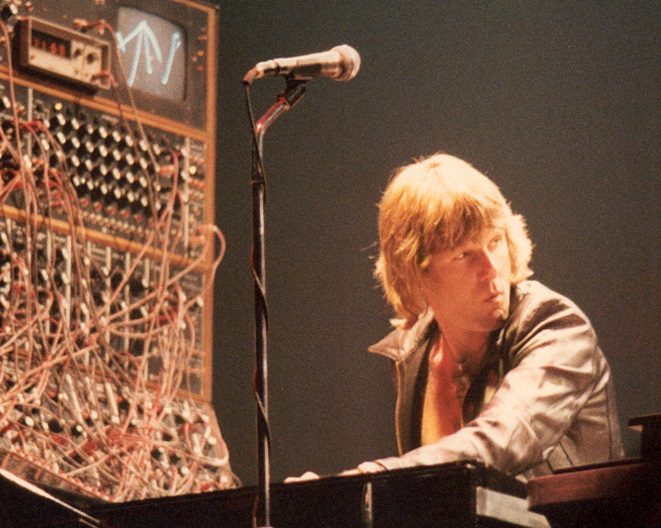 As the 60s turned into the 70s the age of super rich prog rock super-groups dawned.

Rock groups that had a started out with a keyboard player, playing piano and organ, were looking to expand their sound and the new synthesizer was the natural tool.

Musicians like Rick Wakeman (Yes) and Keith Emmerson (Emmerson Lake & Parmer) {META2} would take literally tons of equipment on tour. The keyboards contribution to the music became as important as that of the guitar. These guys were usually technically brilliant and their musical style was characterised by the virtuosity of their playing.

In fact, groups like Tangerine dream and composers like Jean Michel Jarre and Vangellis brought the synthesizers to the fore, incorporating sequencing and synthesized percussion into their music. In some cases dispensing with the guitars altogether.

Amongst all this, from Germany, came Kraftwerk. This quartet, not only dispensed with all the acoustic instruments, but dispensed with rock and roll too. They reasoned that, since they were making music with machines they should make machine music – almost think like machines. Hypnotic synthesized beats and processed robotic vocals gave them a unique and instantly recognisable sound.

Kraftwerk really opened the door to new forms and styles of music using the possibilities of purely electronic instruments. For instance Brian Eno, former synthesizer player with Roxy Music went on to pioneer ambient music with his “Music For Airports” album.

A new breed of electronic bands like Tubeway Army, Depeche Mode and The Human League adopted punk ethic of just getting out there and doing it – not thinking about it for three months. It didn’t matter whether you could play particularly well as long as you came up with your own ideas and sounds.

Electronic music was finally in the hands of the masses.

Up to the 1970s bands just made music and if you could dance to it that was a bonus. However, in the 1970s disco was born, a musical genre produced for the purpose of being danced to. Originating in the New York gay scene it had a certain amount of flamboyance, style and a large dose of tacky!

To people like me who were into serious guitar music it represented everything we hated in the world!

However, at the same time, the hip hop scene was also emerging in New York. Combine elements of hip hop and disco, add electronics and what have you got… The 2nd part of this history of electronic music…